Página 56
I thought of the three kings walking very slowly beside their camels because they wanted to be kind to their beasts on a day like this , and finally of the Child in the manger feeling comfortable in spite of Herod and all the frightful ...
Página 74
Speed - skating is only a kind of running on skates , but in hockey the skates of the player are so integrated with his body and brain that they become a part of his personality . The good hockey player never lurches , strains , or runs ...
Página 236
While the greatest impersonal force in the world today is certainly scientific technology , the greatest personal force is nationalism - not the kind of nationalism which ruined Europe , but the kind that grows spontaneously in small ...

John Hugh MacLennan was born in Glace Bay, Cape Breton, Nova Scotia on March 20, 1907. He was educated at Dalhousie University, Oxford University, and Princeton University. He taught English at Lower Canada College and McGill University. His first book, Barometer Rising, was published in 1941. His other works included Each Man's Son, Return of the Sphinx, Voices in Time, and The Other Side of Hugh MacLennan. He won the Governor General's Literary Award three times for fiction for Two Solitudes, The Precipice, and The Watch that Ends the Night and twice for nonfiction for Cross-Country and Thirty and Three. He also won a Royal Bank Award in 1984 and in 1987 he became the first Canadian to receive Princeton University's James Madison Medal. He died on November 7, 1990. 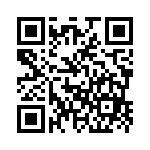