Pįgina viii
I have tried to elucidate the context in which the Puritans lived and to explain , by
reference to that context , actions unpalatable to modern sensibilities , including
the persecution of Baptists , the enslavement of blacks , and the execution of ...
Pįgina 50
Most of them lived on board the Mayflower , whose captain , Christopher Jones ,
had decided to winter in New England . In January the common storehouse , one
of the few solid structures , burned , and some of the colony ' s needed supplies ...
Pįgina 172
Those institutions reveal not only how the Puritans lived but how their
descendants learned to imitate them . THE TOWN — A “ CHRISTIAN , UTOPIAN ,
CLOSED , CORPORATE COMMUNITY ” The New England town has a
commanding place ... 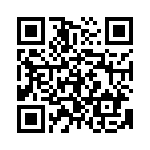