J. B. LIGHTFOOT (1828–1889) was an outstanding British New Testament scholar. He worked with F. J. A. Hort and B. F. Westcott at Cambridge University to produce a New Testament commentary based on a reliable Greek text. His work in demonstrating the first-century origin of the New Testament books helped demolish the Tübingen school of biblical criticism. Along with his Philippians, his commentaries on Galatians and Colossians/Philemon are still considered landmarks of biblical study and exposition.

Alister McGrath (PhD, University of Oxford) is the Andreas Idreos Professor of Science and Religion at the University of Oxford, president of the Oxford Centre for Christian Apologetics, and senior research fellow at Harris Manchester College in Oxford. He is also a noted author and coeditor of Crossway's Classic Commentaries series.

J. I. Packer (DPhil, Oxford University) serves as the Board of Governors’ Professor of Theology at Regent College. He is the author of numerous books, including the classic best-seller Knowing God. Packer served as general editor for the English Standard Version Bible and as theological editor for the ESV Study Bible. 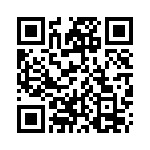