Catherine Parr Traill was a Canadian author, born in Kent, England, on January 9, 1802. She was a member of the Strickland family, and educated at her home at Ryden Hall, Suffolk. She began to write when she was fifteen years of age. Her first book a children's book, was published in London in 1818. She wrote many other juvenile works, which were published without her name, and sold very well. In 1832 she married Lieutenant Thomas Traill, a Scotsman, and soon afterward they emigrated to Canada and settled in Douro, Ontario, in 1833. She subsequently lived at Peterborough, Rice Lake, and at Lakefield. After arriving in Canada she contributed to "Chambers's Journal," "Sharpe's London Magazine," and other periodicals, and published, among other works, "The Backwoods of Canada" (London, 1835) ; "Canadian Crusoes," (New York, 1852) ; "Ramblings in the Canadian Forest" (1854)" "Stories of the Canadian Forests" (New York, 1856) . "Lady Mary and her Nurse, or a Peep into Canadian Forests" (London, 1856) ; "Afar in the Forest, or Pictures of Life and Scenery in the Wilds of Canada" (London, 1869); and "Studies of Plant Life, or Floral Gleanings by Forest, Lake, and Plain" (Ottawa, 1884). Catherine Parr Traill died in 1899 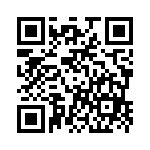