I got this book from my mom, who was cleaning out her books. This was a very quick read and ended up being okay. I think it would appeal most to middle grade/YA boys. This is about a 14 year old boy ... Ler resenha completa

Paulsen's latest comes close to a classic teenage male fantasy of fleeing from home to seek independence and self. Both Terry's parents leave the same day; each phones asking him to tell the other ... Ler resenha completa

GARY PAULSEN has written nearly two hundred books for young people, including the Newbery Honor Books Hatchet, Dogsong, and The Winter Room. He divides his time between a home in New Mexico and a boat on the Pacific Ocean. 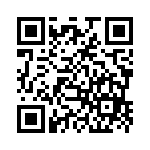