Página 43
In reference to this note transured , that a man by the name of Spence , or action
between these two parties , J . D . O ' Neil Meddock ( I forget which it was ) , bad
measured is called and he testifies that along about April them . Then afterwards
...
Página 200
Then Wolfe cution . came to Butler and went to his attorney , Mr . The facts of the
case appear in the charge of Clarence Walker , and counseled with him in the
court , RAYBURN , J . , as follows : reference to tbis matter , and Walker testifies “
It ...
Página 374
No law shall be revived , amended or understood system with its usual incidents
as the provisions thereof extended or conferred to damages and benefits , to new
conditions as by reference to its title only , but so much to its exercise . 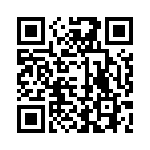