Página 23
This , to say the least , could be a condition of a number of diseases . I have not considered as evidence any invective used against Milton , such as the quotation from Vergil , “ A monster horrid , hideous , huge , and blind , ” which ...
Página 64
I have elsewhere stated that to some blind people , at least , the world appears not as black darkness but as grayish hue , always the same , day or night . Milton , by preference , did most of his composing at night .
Página 84
Perhaps it was this belief in God's justice , in part at least , which helped Milton to find peace and content . Then will I Jehovah's praise According to his justice raise And sing the Name and Deitie Of Jehovah the most high . 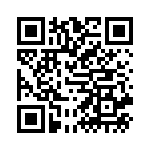