Milton R. Konvitz (1908-2003) was a professor of law and professor of industrial and labor relations at Cornell University and a fellow of the American Academy of Arts and Sciences. In addition, he was the founder of Cornell's department of Near Eastern studies and of its program in Jewish studies. He is the author and/or editor of many important books in constitutional law, Judaic studies, and philosophy, including Liberian Code of Laws Revised, On the Nature of Value: The Philosophy of Samuel Alexander, and Nine American Jewish Thinkers. 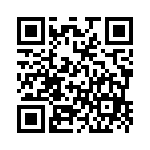