Página xxiii
This MS. commences ake®. in the history of the year 1058, and is much abridged
in the latter part. On fol. 3, (r*, a, a fin.) some one has writtem, ** obiit Rishanger
anno 1312,” but this is in a hand of the seventeenth century. It may be as well to ...
Página xxvi
... may be as vast as have ever been grasped by the irom gripe of a despotic
conqueror."* History, however, has treated his memory with severity;* amd mo
writer has yet arisem to weigh with a careful and * Mackintosh's History of
England, vol.
Página xli
Nicholas Russell, in Nichols's History of Leicestershire. More, however, yet
remains to be done, and a critical history of Montfort's eventful life is a
desideratum in our literature.* The historical illustrations to Rishanger's Chronicle
which appear ... 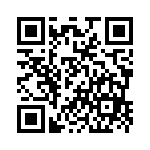