The story of America's first hippie commune, as well as American utopianism from the Mayflower to the 1960s and beyond.Named not for Dennis Leary's mandate to drop out and drop acid but for the ... Ler resenha completa

History of the Drop City commune in Colorado. told in an inventive way. Ler resenha completa

A former wildland firefighter and freelance journalist, Mark Matthews is the author of Smoke Jumping on the Western Fire Line: Conscientious Objectors during World War II and A Great Day to Fight Fire: Mann Gulch, 1949. 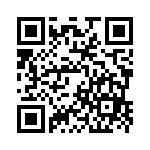