Brian P Block has a doctorate in pharmacology and has spent decades testing the safety of new medicines. He holds degrees in pharmacy (London), criminal justice (Brunel) and Chinese (Westminster), and is a former Fulbright scholar and a post-doctoral research fellow at Yale University. He is a magistrate and a regular contributor to the national weekly journal Justice of the Peace. His earlier writings include Hanging in the Balance: The Abolition of Capital Punishment in Britain with John Hostettler.

John Hostettler was a practising solicitor in London for thirty-five years as well as undertaking political and civil liberties cases in Nigeria, Germany and Aden. His earlier books include several biographical and historical works, and his books for Waterside Press include: Thomas Erksine and Trial by Jury (2010); The Criminal Jury Old and New; Fighting for Justice - The History and Origins of Adversary Trial; A History of Criminal Justice in England and Wales (2009); and Hanging in the Balance - A History of the Abolition of Capital Punishment in Britain (with Dr Brian P. Block). 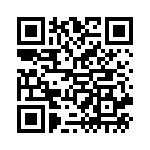