Página 35
The Aberdeen Daily Journal , for example , commented in relation to it : ' Clearly it
will be no easy matter to coerce the Covenanters , the descendants of those “
grim , stern people ” who conquered the wilderness , and bore a great part in ...
Página 79
For example , a report of 1698 which described the multitudes of Scots who went
over to Ireland every day . 26 Others speculated over a longer timeframe . Bishop
Synge , for example , suggested that between the revolution ( 1689 ) and 1715 ...
Página 154
51 See , for example , the recently discovered sermons ( 1623 - 50 ) of David
Lindsay , minister of Belhelvie in Aberdeenshire , held in the National Archives of
Scotland , Edinburgh , of which the present author intends to make further study . 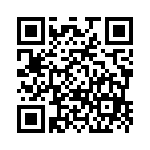