Born in Columbus, Ohio, Thurber was blinded in one eye in a childhood accident. He attended Ohio State University but left without earning a degree. In 1925 he moved to New York City, where he joined the staff of the New Yorker in 1927 at the urging of his friend E. B. White. For the rest of his lifetime, Thurber contributed to the magazine his highly individual pieces and those strange, wry, and disturbing pen-and-ink drawings of "huge, resigned dogs, the determined and sometimes frightening women, the globular men who try so hard to think so unsuccessfully." The period from 1925, when the New Yorker was founded, until the death of its creator-editor, Harold Ross, in 1951, was described by Thurber in delicious and absorbing detail in The Years with Ross (1959). Of his two great talents, Thurber preferred to think of himself primarily as a writer, illustrating his own books. He published "fables" in the style of Aesop (see Vol. 2) and La Fontaine (see Vol. 2)---usually with a "barbed tip of contemporary significance"---children's books, several plays (two Broadway hits, one successful musical revue), and endless satires and parodies in short stories or full-length works. "The Secret Life of Walter Mitty," included in My World---and Welcome to It (1942), is probably his best-known story and continues to be frequently anthologized. T. S. Eliot described Thurber's work as "a form of humor which is also a way of saying something serious. 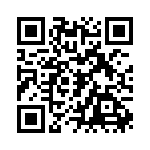