Página 7
Two out of three American adults couldn't find Vietnam ; three out of four couldn't
find the Persian Gulf ; almost half didn't know where Central America was located
; 15 percent put South Korea in the north and North Korea in the south ; 43 ...
Página 11
And that means [ 1994's ] graduation ceremonies dumped about 750,000 more
semi - literate 18 - year - olds into the work force with high school diplomas
clutched in their fists . " 36 Of black high school seniors , 54 percent were “ below
basic ...
Página 14
In 1989 , only 35 percent of teachers in America's colleges and universities
believed “ it is essential or very important to teach students the classic works of
Western civilization . ” 61 Six years later , in 1995 , the percentage had dropped
to 28 ...

STEPHEN BERTMAN is Professor of Languages, Literatures, and Cultures at Canada's University of Windsor. He is the author of Hyperculture: The Human Cost of Speed (Praeger, 1998). 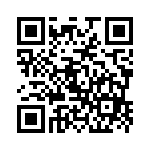