Although Tamara Hammond was born and raised in Bulgaria, she has also lived in the Mediterranean countries of Italy, Greece, and Cyprus, where she developed her passion for exploring new cultures, and studied their languages and traditions. In her new homeland, the U.S., Tamara Hammond majored in History at Utah Valley University for her BA, and in Russian for her Masters at Columbia University. She has published two lead articles in Crescat Scientia, a journal of history, and in Anamesa, an interdisciplinary journal issued by New York University. As an artist, Tamara Hammond had her sculptures featured at Ciel Salon in New York City, NY, as well as Woodbury Art Museum, Coleman Art Gallery, Springville Art Museum, and Harris Fine Art Center in Utah. Currently Tamara Hammond resides in Provo, Utah, with her husband of twelve years, Ernie Hammond. 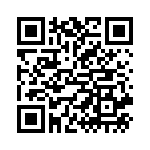