Charles Kingsley, a clergyman of the Church of England, who late in his life held the chair of history at Cambridge University, wrote mostly didactic historical romances. He put the historical novel to new use, not to teach history, but to illustrate some religious truth. Westward Ho! (1855), his best-known work, is a tale of the Spanish main in the days of Queen Elizabeth I. Hypatia: New Foes with Old Faces (1853) is the story of a pagan girl-philosopher who was torn to pieces by a Christian mob. The story is strongly anti-Roman Catholic.. Hereward the Wake, or The Watchful Hereward the Wake, or The Watchful (1866) is a tale of a Saxon outlaw. The Water-Babies (1863), written for Kingsley's youngest child, "would be a tale for children were it not for the satire directed at the parents of the period," said Andrew Lang. Alton Locke (1850) and Yeast (1851) reflect Kingsley's leadership in "muscular Christianity" and his dramatization of social issues. 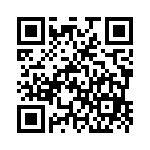