Página 33 - The sorrow for the dead is the only sorrow from which we refuse to be divorced. Every other wound we seek to heal — every other affliction to forget ; but this wound we consider it a duty to keep open — this affliction we cherish and brood over in solitude.
Aparece em 244 livros de 1820-2008
Página 121 - Thus not only does democracy make every man forget his ancestors, but it hides his descendants, and separates his contemporaries from him; it throws him back forever upon himself alone, and threatens in the end to confine him entirely within the solitude of his own heart.
Aparece em 271 livros de 1840-2008
Mais
Página 282 - And can the liberties of a nation be thought secure when we have removed their only firm basis, a conviction in the minds of the people that these liberties are of the gift of God ? That they are not to be violated but with His wrath?
Aparece em 592 livros de 1803-2008
Página 84 - I am willing to own that my people have many ways, of which, as an honest man, I can't approve. It is one of their customs to write in books what they have done and seen, instead of telling them in their villages, where the lie can be given to the face of a cowardly boaster, and the brave soldier can call on his comrades to witness for the truth of his words.
Aparece em 58 livros de 1839-2007
Página 170 - Fourth of July! Whether we turn to the declarations of the past or to the professions of the present, the conduct of the nation seems equally hideous and revolting. America is false to the past, false to the present, and solemnly binds herself to be false to the future.
Aparece em 104 livros de 1855-2008
Página 49 - They are more ardent after their female; but love seems with them to be more an eager desire, than a tender delicate mixture of sentiment and sensation. Their griefs are transient. Those numberless afflictions, which render it doubtful whether heaven has given life to us in mercy or in wrath, are less felt, and sooner forgotten with them.
Aparece em 98 livros de 1788-2008
Página 59 - On the one hand, there are cycles, gestation, the eternal recurrence of a biological rhythm which conforms to that of nature and imposes a temporality whose stereotyping may shock, but whose regularity and unison with what is experienced as extrasubjective time, cosmic time, occasion vertiginous visions and unnameable jouissance.
Aparece em 81 livros de 1962-2007
Página 62 - And everything was fair. She had lost many children — now The last of them was gone, And day and night she sat and wept Beside the funeral stone. One midnight, while her constant tears Were falling with the dew, She heard a voice, and lo! her child Stood by her, weeping too! 60 His shroud was damp, his face was white, He said, "I cannot sleep, Your tears have made my shroud so wet, Oh, mother, do not weep!
Aparece em 35 livros de 1832-2007
Página 227 - Fondly do we hope, fervently do we pray, that this mighty scourge of war may speedily pass away. Yet, if God wills that it continue until all the wealth piled by the bondsman's two hundred and fifty years of unrequited toil shall be sunk, and until every drop of blood drawn with the lash shall be paid by another drawn with the sword, as was said three thousand years ago, so still it must be said, "The judgments of the Lord are true and righteous altogether.
Aparece em 468 livros de 1865-2008
Menos

Dana Luciano is Associate Professor of English and Women's & Gender Studies at Rutgers University. She is the author of Arranging Grief: Sacred Time and the Body in Nineteenth-Century America (2007), which won the 2008 MLA Prize for a First Book. She co-edited, with Ivy G. Wilson, Unsettled States: Nineteenth-Century American Literary Studies (2014), and “Queer Inhumanisms,” a special issue of GLQ: A Journal of Gay and Lesbian Studies, with Mel Y. Chen (2015). 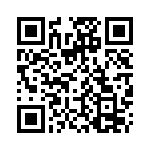