Moncure Daniel Conway was born on March 17, 1832 in Falmouth, Stafford County. He was an American abolitionist, Unitarian clergyman, and author. He graduated from Dickinson College in 1849, studied law for a year, and then became a Methodist minister in his native state. In 1852, thanks largely to the influence of Ralph Waldo Emerson, his religious and political views underwent a radical change, and he entered the Harvard University school of divinity, where he graduated in 1854. Here he fell under the influence of "transcendentalism", and became an outspoken abolitionist. After graduation from Harvard University, Conway accepted a call to the First Unitarian Church of Washington, D.C., where he was ordained in 1855, but his anti-slavery views brought about his dismissal in 1856. From 1856 to 1861 he was a Unitarian minister in Cincinnati, Ohio, where he also edited a short-lived liberal periodical called The Dial. Subsequently he became editor of the Commonwealth in Boston, and wrote The Rejected Stone (1861) and The Golden Hour (1862), both powerful pleas for emancipation. In 1864, he became the minister of the South Place Chapel and leader of the then named South Place Religious Society in Finsbury, London. His thinking continued to move from Emersonian transcendentalism toward a more humanistic "freethought". Moncure Conway's title's include: Life and Papers of Edmund Randolph, The Life of Thomas Paine with an unpublished sketch of Pain, Solomon and Solomonic Literature and My Pilgrimage to the Wise Men of the East. He passed away on November 5, 1907. 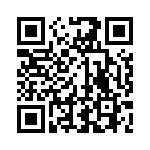