The world we want: restoring citizenship in a fractured age

In his sixth book, political-cultural theorist Kingwell (philosophy, Univ. of Toronto; Better Living: In Pursuit of Happiness from Plato to Prozac) poses the question of what citizenship means in an ... Ler resenha completa

Mark Kingwell is professor of philosophy at the University of Toronto and an award winning political and cultural theorist. A prolific journalist, he writes regularly for such publications as Utne Reader, New York Times Magazine, and Harper's. Kingwell has published five books including Better Living: In Pursuit of Happiness from Plato to Prozac, Marginalia: A Cultural Reader, and the Canadian bestseller Canada: Our Century. 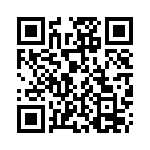