While the solution to the mystery is a little obvious, Ingrid is a great spunky sleuth, and the lack of mysteries for tweens and teens makes me hope we will see a lot more of her. Vollständige Rezension lesen

RGG: Not too edgy, but lengthy enough to be a solid mystery. Ingrid has a real life with typical middle school issues. Reading Interest: 12-14. Vollständige Rezension lesen

Seite 135 - Singing of Mount Abora. Could I revive within me Her symphony and song, To such a deep delight 'twould win me, That with music loud and long, I would build that dome in air, That sunny dome ! those caves of ice ! And all who heard should see them there, And all should cry, Beware ! Beware ! His flashing eyes, his floating hair ! Weave a circle round him thrice, And close your eyes with holy dread, For he on honey-dew hath fed, And drunk the milk of Paradise.
Wird in 1341 Büchern von 1816 bis 2008 erwähnt
Seite 123 - Twinkle, twinkle, little star, How I wonder what you are! Up above the world so high, Like a diamond in the sky.
Wird in 836 Büchern von 1817 bis 2008 erwähnt
Mehr
Seite 316 - How often have I said to you that when you have eliminated the impossible, whatever remains, however improbable, must be the truth?
Wird in 550 Büchern von 1846 bis 2008 erwähnt
Seite 136 - I say that we are wound With mercy round and round As if with air: the same Is Mary, more by name. She, wild web, wondrous robe, Mantles the guilty globe, Since God has let dispense Her prayers his providence: Nay, more than almoner, The sweet alms' self is her And men are meant to share Her life as life does air.
Wird in 50 Büchern von 1902 bis 2006 erwähnt
Seite 122 - ... the least notice of her going, though she looked back once or twice, half hoping that they would call after her. The last time she saw them they were trying to put the Dormouse into the teapot. "At any rate, I'll never go there again," said Alice, as she picked her way through the wood. "It's the stupidest tea party I ever was at in all my life.
Wird in 23 Büchern von 1899 bis 2006 erwähnt
Seite 186 - Why didn't you call?" "Because I want to verify something first. I'll be in by ten. We'll talk then." "Rhodes hasn't shown up yet, but I'm waiting for the guy." "It might be better to let it go, Hank. Let me talk to these people first." She closed her phone, clipping it to her belt as she got out of the car and walked to the front door. A radio was on, and she could hear music filtering down the hallway from the kitchen. When she knocked on the door, the music stopped. "Who's there?
Wird in 15 Büchern von 1981 bis 2008 erwähnt
Seite 225 - It droppeth as the gende rain from heaven Upon the place beneath: it is twice bless'd; It blesseth him that gives and him that takes...
Wird in 5 Büchern von 1941 bis 2006 erwähnt
Seite 48 - A Scandal in Bohemia," Holmes says, "It is a capital mistake to theorise before one has data.
Wird in 3 Büchern von 2004 bis 2008 erwähnt
Seite 27 - Joey was in their grade, a big pudgy kid with a cowlick that stood up at the back of his head like a blunt Indian feather. He was also — key fact popping up suddenly in Ingrid's mind — the son of Gilbert L. Strade, chief of police. "Katherinc Kovac,
Wird in 2 Büchern von 2006 bis 2007 erwähnt
Seite 117 - Have you guessed the riddle yet? ALICE: I give up. What's the answer? HATTER: I haven't the slightest . . . "Hello, Ingrid.
Wird in 2 Büchern von 1958 bis 2006 erwähnt
Weniger

Peter Abrahams is the New York Times bestselling author of twenty-five books, including the Edgar Award-winning Reality Check, Bullet Point, and the Echo Falls series for middle graders. Writing as Spencer Quinn, he is also the author of the Chet and Bernie series—Dog on It, Thereby Hangs a Tail, and To Fetch a Thief. He and his wife live in Massachusetts with their dog, Audrey. 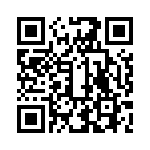