Página 180
York. ,. " for. the. Pe. United. S. court might well have modified the in - judgment of
the United States District struction to limit recovery for the various Court for the
Eastern District of New elements of damages to such amounts , if York , Joseph C
...
Página 513
The United States District Court Emanuel Dannett , of McGoldrick , Danfor the
Southern District of New York , nett , Horowitz & Golub , New York City Dudley B .
Bonsal , J . , dismissed the com - ( Herbert D . Schwartzman , of McGoldplaint ,
and ...
Página 596
Both the beneficiary and the insured were New York The substantive questions
presented on residents . Opposed to this are the facts this appeal are ( 1 )
whether , under the that the insurer is a Pennsylvania corapplicable law , Chase '
s ... 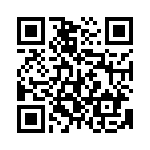