Seite 104
This reading , made a little more metrical , has been followed , I think , erroneously , by all the editors . ... A quarto of no authority changed grief to gift , and the editor of the second folio capriciously altered the line thus ...
Seite 172
In The Comedy of Errors , Act I. Sc . the last , senior has been properly printed by all the modern editors , though the words in the old copy are“ We'll draw cuts for the signior . " The substantive in the text is evidently formed by ...
Seite 399
The meaning , whatever it may be , is so coarsely and unskilfully expressed , that the latter editors have liked nonsense better , and contrarily to the ancient and only copy , have published : “ And that way I am wise in . ” Johnson . 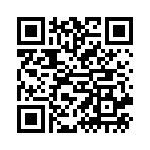