Sidney Dekker is Professor of Humanities at Griffith University in Brisbane, Australia. Educated as a psychologist in the Netherlands, he gained his Ph.D. in Cognitive Systems Engineering from The Ohio State University, USA. He has lived and worked in Sweden, England, Singapore, New Zealand, and the Netherlands. The author of several best-selling books on system failure and human error, Sidney has been flying the Boeing 737NG part-time as an airline pilot. 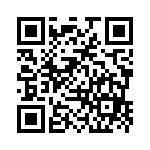