Charles Kelly Barrow is a native Georgian, born in Atlanta and raised in DeKalb County and the Tucker area. With J. H. Segars and R. B. Rosenburg, he compiled and edited the anthology Black Confederates, also a Pelican title. In 1979, he joined the Sons of Confederate Veterans and currently serves as second vice-president of the Pike County Historical Society and as the historian-in-chief of the SCV (the youngest ever appointed). He graduated from Shorter College in 1988 with a B.S. in social science. Now a social studies teacher at Flint River Academy, he is working on his masteris degree at Piedmont College. He resides in Zebulon, Georgia. 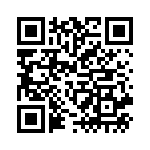