There are hundreds if not thousands of "how to" books available for writers. I would put this book as one of the top 5. It is clear, full of examples, and not condescending (as some are). John Truby's ... Ler resenha completa

Although a bit repetitive at some point, “The Anatomy of Story” is a great book. I've never read anything on this subject, so I can't compare it to alternatives. But something tells me I don't need to ... Ler resenha completa 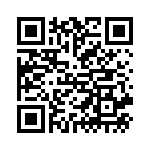