Lynn McDonald, director of the Collected Works of Florence Nightingale, is university professor emerita at the University of Guelph. She is an environmentalist, a former member of parliament, a former president of the National Action Committee on the Status of Women, and a long-time activist on womens issues. She has an honorary doctorate from York University. 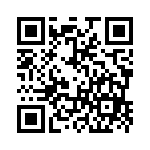