Página 60
But the MS is almost certainly later than Ephrem ' s Commentary , and therefore
could not have inspired the reading in Ephrem ; rather , the inverse is probably
the case. 14 Hymnes , Vol . II , p . 318 . 15 LELOIR , Commentary - - Arm . , pp .
Página 61
Ephrem ; rather , the inverse is probably the case , for the Commentary probably
preceded the Peshitta . Moreover , it is known that all of the Syriac versions ,
including the Peshitta , have been influenced by the Diatessaron ( cp . p . 29 ) .
Página 186
And it is clear that it is similar to the “ rocks being split ” in the canonical account ,
from which it probably derives its origin . Nevertheless , it is a quite specific
reading , present in both Ephrem and Romanos . Although it cannot be excluded
that ... 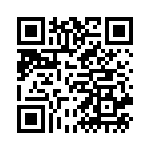