Harry (Hap) McSween is Chancellor's Professor at the University of Tennessee. He has conducted research on cosmochemistry for more than three decades and was one of the original proponents of the hypothesis that some meteorites are from Mars. He has been a co-investigator for four NASA spacecraft missions and serves on numerous advisory committees for NASA and the US National Research Council. Dr McSween has written or edited four books on meteorites and planetary science, and co-authored a textbook in geochemistry. He is a former President and Fellow of the Meteoritical Society, a Fellow of the American Academy of Arts and Sciences, recipient of the Leonard Medal, and has an asteroid named for him.

Gary Huss is a Research Professor and Director of the W. M. Keck Cosmochemistry Laboratory at the Hawaii Institute for Geophysics and Planetology, University of Hawaii at Manoa. In more than three decades of research on cosmochemistry, he was among the first to study presolar grains, the raw materials for the Solar System. He presently studies the chronology of the early Solar System. He comes from a family of meteorite scientists: his grandfather, H. H. Nininger, has been called the father of modern meteoritics, and his father, Glenn Huss, and grandfather were responsible for recovering over 500 meteorites previously unknown to science. Dr Huss is a former President and Fellow of the Meteoritical Society and also has an asteroid named for him. 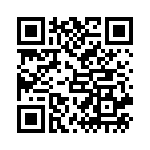