Kenneth Boulding is one of the most prolific, provocative, and highly regarded economists of our time. Born in England in 1910, he received his M.A. at Oxford University and moved to the United States in 1937. Since then he has authored or coauthored over two dozen books and has taught at a number of leading universities. Currently he is affiliated with the Institute of Behavioral Science at the University of Colorado. In an early essay, "Is Economics Necessary?" Boulding argued that economics is important not merely as it relates to the marketplace but because it is a part of virtually all other human activities. Many of his works are extensions of this theme. As a result, his writings cover an astonishing variety of topics, including ecology and religion. His pioneering efforts to apply economic concepts to the areas of social conflict, peace, and disarmament have established him as one of the founders of the school of conflict resolution. Boulding's early work, Economic Analysis (1941), is regarded as a classic overview and survey of the field. Many of his other works, including A Reconstruction of Economics (1950) and Conflict and Defense (1962), were once required reading for graduate students in economics. Others, such as Beyond Economics (1968) and Economics as a Science (1970), are collections of shorter essays covering such diverse topics as politics, social justice, and ethical problems, and are intended for a broader audience. The Image (1956), a theory of human behavior based on perceptions of the world, has received critical praise from all quarters and is perhaps his best-known work among noneconomists. Boulding has received nearly every significant award or recognition in the field of economics, and he has been the recipient of 25 honorary degrees from universities around the world. In his spare moments, he enjoys poetry, sketching, and watercolor painting. 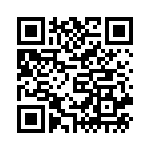