In this lengthy but never boring memoir, Hook (Hacienda: How Not to Run a Club) covers the highlights and lowlights of performing in the new wave band New Order. After the suicide of Ian Curtis, the ... Ler crÌtica na Ìntegra

Peter Hook was born in Salford, England, in 1956. He was a founding member of Joy Division and New Order, and now tours both bands’ music with his new group, Peter Hook and the Light. He also DJs, promoting Fac 51 and The HaÁienda Classical concerts around the world. He lives in Cheshire, England, with his wife, Rebecca, and children, Heather, Jack, and Jessica, and their dogs, Wilma and Bo. 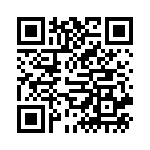