Seite 42
One of the first acts of the new Congress was to establish a federal court system
through the Judiciary Act , which ... The First Congress decided that it could
regulate the jurisdiction of all federal courts , and the Judiciary Act established in
great ...
Seite 43
And be it further enacted , That the district courts shall have , exclusively of the
courts of the several States , cognizance of all crimes and offences that ... And be
it further enacted , That the Supreme Court shall have exclusive jurisdiction of all
...
Seite 210
Supreme Court of the United States 011vor Brown , Mrs. Richard Lawton , Mrs.
Sadie Emmanuel et al . , Appellante , Board of Education of Topeka , Shawnee
County , Kansas , et al . Appeal from the United States District Court for the
District ... 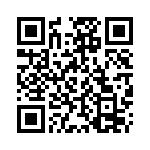