William Shakespeare was born in Stratford-upon-Avon, Warwickshire, in 1564. The date of his birth is unknown but is celebrated on 23 April, which happens to be St George's Day, and the day in 1616 on which Shakespeare died.

Aged eighteen, he married Anne Hathaway. They had three children. Around 1585 William joined an acting troupe on tour in Stratford from London, and thereafter spent much of his life in the capital. By 1595 he had written five of his history plays, six comedies and his first tragedy, Romeo and Juliet. In all, he wrote thirty-seven plays and much poetry, and earned enormous fame in his own lifetime in prelude to his immortality. 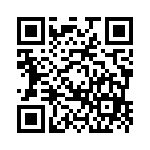