Joseph Roach is professor of English at Tulane University. He is the author of The Player's Passion: Studies in the Science of Acting, which won the Barnard Hewitt Award, and coeditor, with Janeele Reinelt, of Critical Theory and Performance. 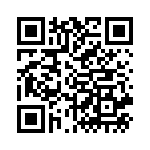