THINKING IN PICTURES: And Other Reports from My Life with Autism

An extraordinary view into the workings of an autistic mind. Grandin, a professor of animal behavior (Colorado State Univ.) and a world-renowned designer of livestock equipment, attributes her ... Ler resenha completa

This book gives a very good look at how autistics view the world. Ms Grandin relates her experiences from childhood through adulthood. I have an autistic boy in my classroom and it has given me some new insights for his instruction. Ler resenha completa

Temple Grandin was born August 29, 1947 in Boston, Massachusetts. She is a bestselling author, doctor and professor of Animal Science at Colorado State University, and leader of both the animal welfare and autism advocacy movements. Grandin was diagnosed with autism in 1950. She was immediately placed in a structured nursery, had speech therapy, and had a nanny spend hours playing turn-based games with her. At the age of four, she began talking and her progress continued. In 1970, Grandin received her bachelor's degree in psychology from Franklin Pierce College in Rindge, New Hampshire. She received her master's degree in animal science from Arizona State University in 1975, and in 1989, she received a Ph.D. in animal science from the University of Illinois at Urbana-Champaign. Grandin, being a high-functioning autistic, is widely-known for her work in autism advocacy. She has been featured on major televisions programs such as the Today Show and ABC's Primetime Live. She has also been featured in Time magazine, People magazine, Forbes, and the New York Times. Grandin was the subject of the Horizon documentary "The Woman Who Thinks Like a Cow" and was described by Oliver Sacks in the title of his narrative book: An Anthropologist on Mars. Grandin's bestselling book: Thinking in Pictures is scheduled to be released as an HBO film in 2009. Grandin's Animals in Translation and Animals Make Us Human have also been bestsellers. Grandin lives in Colorado, but has speaking engagements on autism and cattle handling around the world.

Oliver Sacks was born in London, England on July 9, 1933. He received a medical degree from Queen's College, Oxford University and performed his internship at Middlesex Hospital in London and Mount Zion Hospital in San Francisco. He completed his residency at UCLA. In 1965, he became a clinical neurologist to the Little Sisters of the Poor and Beth Abraham Hospital. His work in a Bronx charity hospital led him to write the book Awakenings in 1973. The book inspired a play by Harold Pinter and became a film starring Robert De Niro and Robin Williams. His other works included An Anthropologist on Mars, The Mind's Eye, The Man Who Mistook His Wife for a Hat, Uncle Tungsten, Musicophilia, A Leg to Stand On, On the Move: A Life, and Gratitude. In 2007, he ended his 42-year relationship with the Albert Einstein College of Medicine to accept an interdisciplinary teaching position at Columbia. In 2012, he returned to the New York University School of Medicine as a professor of neurology. He died of cancer on August 30, 2015 at the age of 82. 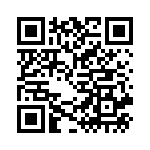