The late Donal Nevin was a distinguished labour historian and former General Secretary of the Irish Congress of Trade Unions. SIPTU General President Jack O’Connor expressed his deep regret at the death of Nevin, describing him as a man ‘of great intellect and absolute integrity’. Nevin was General Secretary to the Congress from 1982 to 1989 and author of James Larkin: Lion of the Fold. 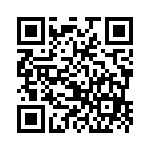