In the preface to this book, M.R. James explains that for a ghost story to be successful the ghost must be “malevolent or odious”, and he has certainly fulfilled this promise. Whilst not terrifying by ... Ler resenha completa

Montague Rhodes James (1862–1936) is one of the originators and most influential writers of supernatural fiction. Among his many honors was the Order of Merit, bestowed upon him by King George V in 1930.

S. T. Joshi is a freelance writer and editor. He has edited Penguin Classics editions of H. P. Lovecraft’s The Call of Cthulhu and Other Weird Stories (1999), and The Thing on the Doorstep and Other Weird Stories (2001), as well as Algernon Blackwood’s Ancient Sorceries and Other Strange Stories (2002). Among his critical and biographical studies are The Weird Tale (1990), Lord Dunsany: Master of the Anglo-Irish Imagination (1995), H. P. Lovecraft: A Life (1996), and The Modern Weird Tale (2001). He has also edited works by Ambrose Bierce, Arthur Machen, and H. L. Mencken, and is compiling a three-volume Encyclopedia of Supernatural Literature. He lives with his wife in Seattle, Washington. 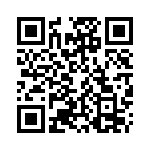