Barry Andrews is the minister of religious education at the Unitarian Universalist Congregation at Shelter Rock in Manhasset, New York. He is the author of Thoreau as Spiritual Guide and Emerson as Spiritual Guide. He is also the editor of A Dream Too Wild: Emerson Meditations for Every Day of the Year. These works are published by Skinner House Books. 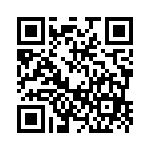