Página 3
s far as historical literature in Arabic is concerned , Muslim rces have not been
found to be of immediate use . By contrast , e is much relevant material in
Christian Arabic chronicles . In the place , one should note the chronicle of
Agapius ...
Página 81
Incidentally , as far as one Epiphanius text , the letter to John of Aelia is
concerned , which is quoted , ostensibly from Jerome's translation , in the Libri
Carolini ( IV : 25 , ed . H. Bastgen , MGH Legum Sectio III , Concilia t . II ,
Supplementum ...
Página 123
They are concerned for the most part with his lynching , 41 and give no hint - as is
emphasized in the Vita – that the emperor attempted to convert Stephen to his
views on several occasions , by either stealthy or violent methods , or that the ... 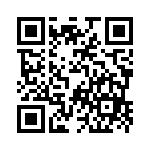