Página 51
BRYNGYNGE. Allatura. BRYNE, or brow of pe eye. Supercilium. (BRYNNE of
corn, K. Cantabrum, furfur.) drun. Parturio, pario, edo. BRYNE of salt. Salsugo,
CATH.C. F. debat and brige by his outrage.” Roquefort gives “Briga, querelle,
démélé, ...
Página 218
According to Roquefort there was a wind instrument called gigue, and this
statement corresponds with the observation of Ferrari, that giga, Ital. may be
derived from yiypas, a kind of flute. It is singular that, according to Brockett and
Jamieson, ...
Página 233
See further in Ducange and Roquefort. * Chaucer describes the knight as
attended by three mounted “henshmen.” Flour and the Leaf. The pages of
distinguished personages were called henxmen, as Spelman supposes, from
Germ. hengst, ... 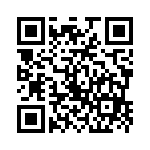