"Things need not have happened to be true. Tales and dreams are the shadow-truths that will endure when mere facts are dust and ashes, and forgot. The best in this kind are but shadows; and the worst ... Ler resenha completa

Easily the best thing I have read by Gaiman. The artwork is beautiful and the layout is very creative. But the stories. Ahh, the stories are wonderfully dark and troubling, yet enlightening and ... Ler resenha completa

Neil Gaiman was born in Portchester, England on November 10, 1960. He worked as a journalist and freelance writer for a time, before deciding to try his hand at comic books. Some of his work has appeared in publications such as Time Out, The Sunday Times, Punch, and The Observer. His first comic endeavor was the graphic novel series The Sandman. The series has won every major industry award including nine Will Eisner Comic Industry Awards, three Harvey Awards, and the 1991 World Fantasy Award for best short story, making it the first comic ever to win a literary award. He writes both children and adult books. His adult books include The Ocean at the End of the Lane, which won a British National Book Awards, and the Locus Award for Best Fantasy Novel for 2014; Stardust, which won the Mythopoeic Award as best novel for adults in 1999; American Gods, which won the Hugo, Nebula, Bram Stoker, SFX, and Locus awards; Anansi Boys; Trigger Warning: Short Fictions and Disturbances; and The View from the Cheap Seats: Selected Nonfiction, which is a New York Times Bestseller. His children's books include The Day I Swapped My Dad for Two Goldfish; Coraline, which won the Elizabeth Burr/Worzalla, the BSFA, the Hugo, the Nebula, and the Bram Stoker awards; The Wolves in the Walls; Odd and the Frost Giants; The Graveyard Book, which won the Newbery Award in 2009 and The Sandman: Overture which won the 2016 Hugo Awards Best Graphic Story. 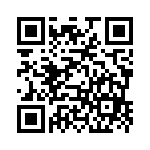