Adam B. Seligman is associate professor of sociology at Boston University, fellow at its Institute for the Study of Economic Culture. Before that, he served in various capacities at the Hebrew University in Jerusalem and at the University of Colorado. 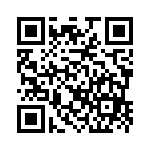