Janet Shibley Hyde, Professor and Chair of the Department of Psychology, and Evjue-Bascom Professor of Women’s Studies at the University of Wisconsin--Madison, received her education at Oberlin College and the University of California, Berkeley. She has taught a course in human sexuality since 1974, first at Bowling Green State University, then at Denison University, and now at the University of Wisconsin. Her research interests are in gender differences and gender-role development in children. Author of the textbook Half the Human Experience: The Psychology of Women, she is currently President of the Society for the Scientific Study of Sexuality and is a Fellow of the American Psychological Association. She has received many other honours, including an award for excellence in teaching at Bowling Green State University, the Chancellor’s Award for teaching at the University of Wisconsin, and the Kinsey Award from the Society for the Scientific Study of Sexuality for career contributions to sex research. She is married to John DeLamater. 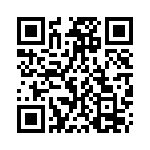