Cecilia Gaposchkin is Associate Professor of History and Assistant Dean of Faculty for Pre-Major Advising at Dartmouth College. She is the author of The Making of Saint Louis: Kingship, Sanctity, and Crusade in the Later Middle Ages and coeditor of The Sanctity of Louis IX, both from Cornell.

Sean Field is Associate Professor of History at the University of Vermont. He is the author most recently of The Beguine, the Angel and the Inquisitor: The Trials of Marguerite Porete and Guiard of Cressonessart.

Larry Field holds doctorates in Classics and Law and is Professor Emeritus of Criminal Justice at Western New England University. 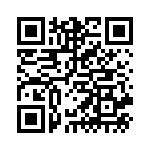