This book offers a vivid, compelling history of the first thousand years of Christianity. For the second edition, the book has been thoroughly rewritten and expanded. It includes two new chapters, as ... Ler resenha completa

Brown remains the consummate historian of Late Antiquity, the period which he pioneered. It cannot be denied that he does not deal with physical and archaeological evidence. However, what his work ... Ler resenha completa

Peter Brown is Rollins Professor of History at Princeton University. He is a Fellow of the American Academy of Arts and Sciences, the British Academy, and the Royal Historical Society. His previous books include Augustine of Hippo: A biography (1967, second revised edition, 2000); Society and the Holy in Late Antiquity (1982); The Body and Society: Men, Women and Sexual Renunciation in Early Christianity (1989); Power and Persuasion in Late Antiquity: Towards a Christian Empire (1992) and Poverty and Leadership in the Later Roman Empire (2001). 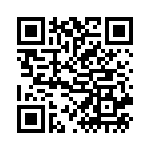