The New York Times manual of style and usage

This is an updated version of the style guide used by the writers and editors of the New York Times. (The last edition came out in 1982.) Aimed primarily at newspaper writers, it is written in ... Ler resenha completa

Awesome book for anyone who writes. The bible of political correctness. Ler resenha completa

ALLAN M. SIEGAL joined the New York Times in 1960. He has overseen usage and style at the Times since 1977. After working as an editor on the foreign desk and heading the news desk, he became an assistant managing editor in 1986. WILLIAM G. CONNOLLY joined the Times in 1966 and has held editing posts on the foreign, national, and metropolitan desks, The New York Times Magazine, Science Times, The Week in Review, and the Real Estate section. He became a senior editor in 1987. 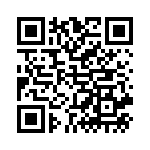