Author explores the field of self-deception; does it have any evolutionary advantage to balance the obvious downside? It concludes that for individuals it may, by contributing self confidence, which ... Ler resenha completa

THE FOLLY OF FOOLS: The Logic of Deceit and Self-Deception in Human Life

Trivers (Anthropology and Biological Sciences/Rutgers Univ.) searches for the evolutionary biology behind why "we are thoroughgoing liars, even to ourselves."Self-deception has long been a dark ... Ler resenha completa

Robert L. Trivers is a Professor of Anthropology and Biological Sciences at Rutgers University. He won the Crafoord Prize in Biosciences in 2007 for his fundamental analysis of social evolution, conflict, and cooperation. He lives in New Brunswick, New Jersey. 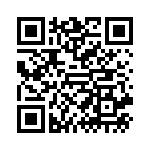