Arthur Cecil Pigou (18 November 1877 – 7 March 1959) was the creator of one of the most influential schools of thought in economics and founder of Welfare Economics. He succeeded his teacher, Alfred Marshall, to the Chair of Political Economy in the University of Cambridge in 1908. Pigou's magnus opus The Economics of Welfare was first published in 1921. 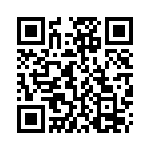