Eva Golinger is a Venezuelan-American attorney specializing in international human rights and immigration law. In 2004, she obtained top-secret documents from the CIA, the State Department and other government entities, declassified under the Freedom of Information Act, demonstrating the Bush Government's prior knowledge and complicity in the April 2002 coup d'etat against President Hugo ChA vez of Venezuela. She has also brought to light more than $20 million given by the U.S. Government to finance anti-ChA vez groups in Venezuela. 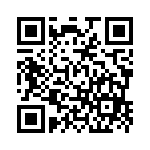