Eliot Smith is Chancellor’s Professor of Psychological and Brain Sciences at Indiana University, Bloomington. His research interests range widely, including person perception, prejudice and intergroup relations, political and social opinions, and situated and embodied cognition. He has published more than 150 scientific articles and chapters on these and other topics, and his work has been supported by research grants from the National Institute of Mental Health and the National Science Foundation. Professor Smith earned his B.A. and Ph.D. at Harvard University, and before moving to Bloomington held positions at the University of California, Riverside and at Purdue University. Besides this textbook, he has authored Beliefs about Inequality (with James Kluegel) as well as editing Beyond Prejudice: Differentiated Reactions to Social Groups (with Diane Mackie). Among his professional honors are the Gordon Allport Intergroup Relations award in 1998, the Thomas M. Ostrom Award for contributions to social cognition in 2004, the Society of Social and Personality Psychology’s Theoretical Innovation Prize in 2005, and the International Social Cognition Network’s award for the best paper in 2009. He has been chair of a grant review committee at the National Institute of Mental Health, Editor of Personality and Social Psychology Review, and is currently Editor of Journal of Personality and Social Psychology: Attitudes and Social Cognition. These positions have given him tremendous appreciation for the best work in every area of social psychology. Professor Smith is married to Pamela Grenfell Smith, a poet and storyteller. They take great joy in their grown-up children, who share their passions for world music, science fiction, and good cooking, but the big deal for them is their astonishingly accomplished grandchildren, Griffin James Hassett and Iona Beatrice Hassett.

is Professor and Chair of Psychological and Brain Sciences at the University of California, Santa Barbara, where she has been honored with a Distinguished Teaching Award and listed as one of "Ten Terrific Teachers" by UCSB students. Professor Mackie grew up in New Zealand, received her B.A. and M.A. at the University of Auckland, New Zealand, and then worked as a researcher at the University of Geneva, Switzerland. She received her Ph.D. in Social Psychology from Princeton University in 1984. These opportunities to become steeped in both European and North American traditions of social psychology are reflected in her interests in integrating different perspectives and approaches both in her research and in this textbook. The author of more than 100 articles, chapters, and books on persuasion, social influence, group interaction, and intergroup relations, Professor Mackie is also co-editor of Affect, Cognition, and Stereotyping: Interactive Processes in Group Perception (with David Hamilton) as well as Beyond Prejudice: Differentiated Reactions to Social Groups (with Eliot Smith). Reflecting her broad interests, Professor Mackie has served as Associate Editor for Personality and Social Psychology Review, Group Processes and Intergroup Relations, and Personality and Social Psychology Bulletin, as well as on the editorial boards of almost all major social psychological journals. Both the National Science Foundation and the National Institutes of Health have funded her research. Professor Mackie counts among her honors fellow status in the Association for Psychological Science, the Society for Personality and Social Psychology, and the Society for the Psychological Study of Social Issues. However by far her greatest (and busiest) honor is being Mom to college freshman Alex and high school freshman Nico, the two coolest kids on the planet.

is Professor of Psychology at Miami University in Oxford, Ohio. Her research interests focus on how motivation, emotion, and mood influence and are influenced by cognitive processes. Specific topics of study have examined how processing ease (or fluency) shapes social perceptions and behaviors; how feelings of positivity trigger feelings of familiarity; and how feelings of belongingness and a lack of belongingness shape emotions, self-esteem, social perceptions, and social information processing. She has published more than 30 scientific articles and chapters on these and other topics, and her work has been supported by research grants from the National Science Foundation. Professor Claypool earned her Ph.D. at Purdue University in 2002 (where Eliot Smith served as one of her mentors), and then worked as a post-doctoral researcher at the University of California, Santa Barbara (with Diane Mackie). In 2003, she took a position at Miami University in Oxford, OH, where she continues on the faculty today. She has been an Associate Editor for Basic and Applied Social Psychology, is currently an Associate Editor at Personality and Social Psychology Bulletin, and serves on the editorial boards of several other journals. She has also served as a panelist for the National Science Foundation Graduate Research Fellowship Program. Professor Claypool is married to Eric Core, an engineer, and they share a love for travel, tennis, good food, and their two adorable cats, Abby and Murphy. 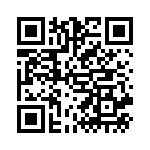