This was a great collection is scary/ horror stories for my lovers of dark and twisted tales. These current and noteworthy authors take familiar tales and add their own sick and wonderfully twisted ... Ler resenha completa

Slasher Girls and Monster Boys is an anthology of YA horror that is a creepy, fun read. The stories are by 14 of the best authors in today’s YA fiction and include Jonathan Maberry, Leigh Bardugo ... Ler resenha completa

THE BIRDS OF AZALEA STREET*

When the police questioned me--same as they questioned Paisley and Katie-Marie--they didn''t want to hear about the birds. They weren''t paying attention. None of the adults around here ever did. Even when the body bag was carted out, on wheels, and the wheels got caught in a gopher hole in the lawn, and the stretcher knocked into the tree, and the sudden motion caused a whole host of birds to burst out of the branches, exploding into the blue over our subdivision, and I looked up after them, and the EMTs guiding the stretcher stopped and looked up, and all my neighbors who''d gathered to see what the commotion was about looked up, heavenward, into the sky, even then they thought it meant nothing. "So that''s where the birds have been hiding," one of my neighbors said. Not one adult could connect it to the fact that Leonard was now dead.

I knew the birds were no longer hungry--they''d feasted and had their fill, and now they took off, every last one of them, satisfied. But the adults of Azalea Street, curious about the murder, seeing as it was the first since our subdivision was founded, gathered in knots on our landscaped sidewalk corners to talk. They were hungry for information and gory details. They should have looked out of their windows sooner. They should have been watching. We were.

Truth is, we''d been watching out for our neighbor Leonard for years. Since we hit puberty, and for some of us, that was way early. Since forever and always, it felt like. Before we saw him bring that girl home in the dead of night, all we knew was that he''d been trying to get his hands on us.

My house on Azalea Street was next door to his house, so I''d say I got the worst of it, what with my parents always feeling sorry for him and inviting him for dinner on Sundays. The three of them would sip watery pre-dinner drinks out back by the bug zapper, and somehow my parents would miss how, when he apologized for his stomach growling, the object he had his eyes hooked on wasn''t the cheese plate. It was me.

He said things to me sometimes, in the hallway while heading for the guest bathroom. Did I have a boyfriend yet? Did I ever happen to try the kind of kissing that used tongue? Then he''d shuffle away, fast, making me question what I''d heard. When I caught him looking at me later, over the pear tart he''d brought from next door, or over the sugar-dusted strudel, I saw his round black glasses go dim with sweat and fog.

Other girls had run-ins with him too. Some of our fathers and stepfathers used to work with Leonard at the plant, before he got downsized and they got to keep their jobs, so they said we had to be civil. Even kind. Our mothers and stepmothers appreciated how he''d bring something fresh-baked for potlucks and fund-raisers, like a Bundt cake or a still-warm pie. None of our parents saw what we could see, which had us decide that growing up into adulthood must mean going blind.

Teenage girls know more than we''re given credit for. We sense danger even when everyone''s telling us it''s fine, he''s a perfectly nice man, an upstanding member of our community, have you tasted his sugar-cream pie?

When Leonard''s gaudy lawn came into view, we knew it was time to cross the street. Ever since he lost his job, he liked to feed the birds, and he hung lots of birdhouses, spilled lots of seed.

It seemed innocent from the outside, maybe. But out back, from over the white picket fence that separated Leonard''s house from mine, I could swear I heard the shots. Little pops in the air. I was never sure of it, never positive. But one time there was a squawk and a feathered eruption as a bird went down.

I can''t prove he shot it, but I did see him hunching over it, kicking it with his enormous shoe. Other times I suspected he used poison in the feeders. This was slower and left them stiff, so when they fell from their perches they dropped to the ground like rocks. I found one over the fence on our side of the lawn once--red-bellied and dark-feathered, its beak open mid-bite--and I buried it in an orange shoebox, the most cheerful I could find, near where we made the cairn for Buster.

When the birds stopped coming--not just to Leonard''s house, but to my house and to the Willards'' house across the street, to Aggie''s house a few doors down, to any house I passed on the way to the bus stop and back, all our trees birdless, all our patches of sky clean--I guess he turned to other hobbies. That must have been when he bought the camera.

We''d catch him standing on his porch, fancy long-lensed camera trained outward like he was waiting for a finch or a woodpecker. But with all feathery creatures avoiding his feeders, he couldn''t have been aiming for the birds. His telephoto lens was as long as an arm and seemed suspiciously trained at the sidewalk. When Katie-Marie went past in her field hockey skirt, on the way to my house from her house so my mom could drive us to practice, she swore she could hear his camera snapping. She took off in a run.

The last time one of us was alone with him, it was Paisley. She said he cornered her in his kitchen and forced her to bake bread. Her mom had sent her on an errand, wanting one of Leonard''s recipes, and when Paisley knocked on his back door, she found him elbow-deep in flour, prepping sticky coils of corpse-pale dough.

"Why, hello there," he said in his deep baritone. His lips were pink and plushy and we didn''t like to look at them when he shaped words.

Paisley told us she could sense the hunger coming off of him, like she was plump and roasting and he hadn''t eaten for a week.

She heard a faint titter behind her, a lone bird that had lost its way in the treetops over our subdivision and drifted to the wrong set of branches over the wrong house. Or maybe it wasn''t lost and that was a warning call. Maybe it knew what was about to be set in motion.

Paisley stepped inside his house.

"What''re you doing?" Paisley had said. I would have asked for the recipe without going in, I would have told my mom to just get Leonard to e-mail it, but Paisley pressed her whole body into his kitchen and let the door shut behind her. She leaned forward on the counter, letting her long hair fall and her split ends dance. She took a finger. With it, she traced a word in the flour dusting the counter for him to see. It said hi. She was testing him. She was testing herself.

Leonard lit up. We imagined it wasn''t often a teenage girl started a conversation with him voluntarily. He was pink in the face usually, but at that point he was bright red.

He began talking. He kind of couldn''t shut up. He was explaining his method for baking braided bread, and then it became very important, essential even, to teach Paisley how to properly knead the dough in order to do it herself. She had to put effort into it, use all her strength and not hold back. It''s just that she had such small hands.

On the windowsill, while this was going on, the bird was perched, black-eyed and unblinking. Paisley only thought it was weird later. Leonard was behind Paisley, very close, so close, she couldn''t back up and get around him. She felt the bird watching. She smelled Leonard''s yeasty breath.

We know our parents wouldn''t believe us if we told them. Leonard was only instructing her. He was only being a kind neighbor, which in these times was a dying breed. That''s what they would have said. They wanted us to have skills beyond phone-scrolling and one-finger texting, like knowing how to bake edible food in the oven and feed ourselves if they suddenly were dead.

But we believed Paisley right away. We knew he was too close. We knew how he pressed his front up against her to adjust her technique and how he breathed heavy, shaggy breaths against the nape of her neck. We knew how much he was enjoying this.

He meant the slick mush in her hands, but Paisley had had enough. Out of all of us, she was the strongest, and that went far beyond her arm-wrestling skills against her brothers and the thick runner''s muscles in her legs. She told us she''d only wanted to prove he was a perv, prove it once and for all so there was no longer any question, and with this little bakery demonstration, she had won.

She elbowed him in the stomach and whipped a braid of wet dough at his rosy, stubbly face. She dodged him and was heading for the door before the dough was even on the baking sheet, before the baking sheet was even in the blazing oven, before the bread had risen, before it had browned. She was breathing fast. The bird outside the window flapped its wings in a frantic slap and took off.

Behind Paisley, there was a strange sound. A faint, high-pitched whimper. In a moment of weakness, Paisley paused and turned back.

He was talking, but his voice was different now. Smaller in his throat. Pathetic.

He only wanted to teach somebody something, he called after her. He was sorry, he said, he didn''t mean to scare her, it''s just that he led such a lonely life.

The door was open. The sky bare and blank.

Paisley held still in the entryway. She was questioning herself, having a peculiar moment of compassion. Sometimes she could be so very live-and-let-live.

Leonard pinkened--or else he was standing in direct range of the oven light.

He looked down the length of his giant legs to his giant feet. No dogs, he said. Animals didn''t like him for some reason. He shrugged.

Paisley smirked. She had a dark streak. "Then you should buy a blow-up doll online and make her your 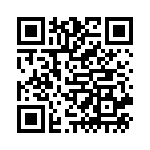